Words and images by Tiziana Onstead

Traveling isn’t always about the destination but about getting there.

Changing how you travel brings all new experiences to the trip. There are sights and atmospheres to immerse in that can’t be reached by car and adventures to take that don’t always require one tank of gas.

Here’s the top 10 alternative ways to travel around Jacksonville: 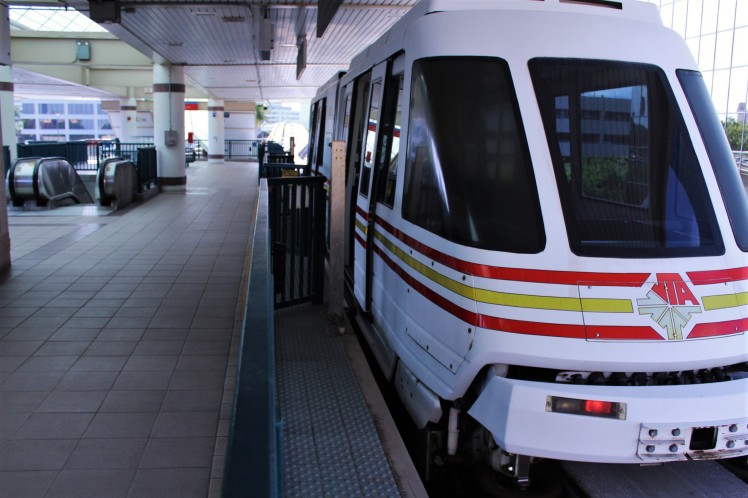 There may not be flying cars in 2016, but the Jacksonville Skyway is close enough. The futuristic ride provided by Jacksonville Transportation Authority runs downtown with several stations in some of the most popular metropolitan areas on the south and north banks. Instead of finding parking or quarters to pay for parking, users can hop on and off the Skyway hassle free and for free. “It is stressful to drive,” said Leigh Ann Rassler, Public Relation Manager for JTA. “When you take public transportation you can read a book, work, relax, text your friends.” Time is money and riders save that too. The Skyway makes a stop at the stations every three to six minutes from 6 a.m. to 9 p.m. 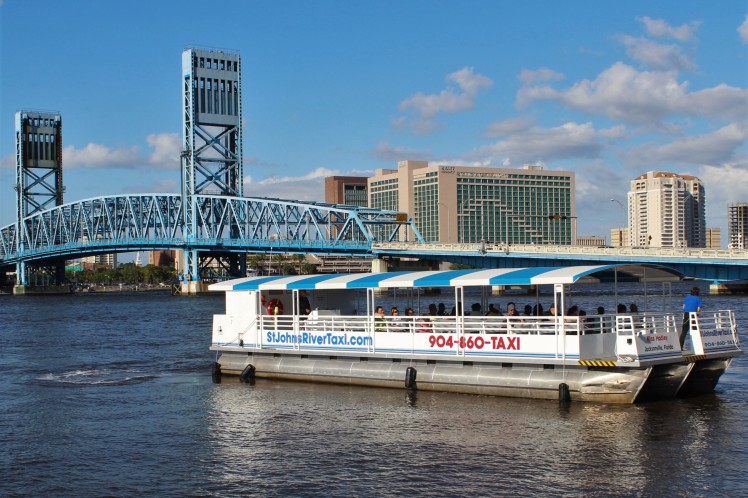 Not every city has a beautiful stretch of water flowing through its downtown, so why not take advantage of it? Experience the city life on the water and take a water taxi. Admire the downtown skyline from its painted reflection on the glossy top of the St. John’s River. Water taxis run every 30 minutes, but unlike pricey fares on land, riders save money by taking it with one-way trips for adults at $5 dollars and kids at $3 dollars or roundtrip for only two more bucks. Instead of paying for better parking at a Jacksonville Jaguar Football game pay for a better tailgate that starts during the ride over to the Everbank Field. There are more sights offered of Downtown Jacksonville by water taxi than from the city’s five bridges. Whether it’s touring the city by water taxi or taking it to the tour that goes underground to 600 feet up, the Jacksonville Top to Bottom Tour, there are many depths of Jacksonville to reach and experience.

Steering free of heights and the water? Or just don’t want to steer at all? JTA provides two trolleys on two sides of town so you can keep two feet on the ground. The Jacksonville Beach and Riverside Avondale trolleys allow passengers to travel with no restraints and take in the most within the areas. JTA’s public relations manager, Leigh Ann Rassler, said the cable car look-alike differs from city buses by their décor, routes and riding atmosphere. “(The trolleys) are more for the community and neighborhoods,” said Rassler. “It really has its own feel.” She said it eases the parking in the areas, such as in the often-congested Avondale, and ensures beach-goers spend less time driving in the chaos and more time soaking in the sunshine at some of the largest festivals and holiday celebrations at the beaches. 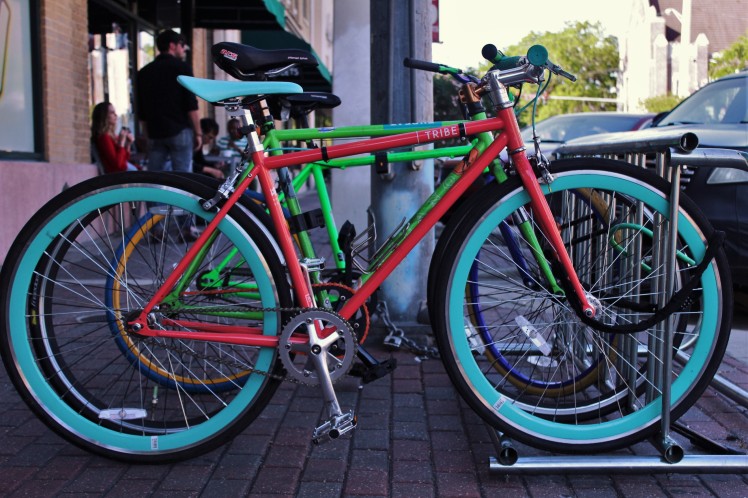 Become one with your surroundings.  Ride freely through the warm, salty breeze on the beach or fly next to cars on main roads. When traveling by bike, it doesn’t matter where you start or where you are end, the true experience was the ride in between. If you don’t own one, rent one. Pedal down neighborhood backroads, through wooded trails or along the water. Go by yourself or ride with company. Whether it’s under the sun or the stars, biking can allow riders to experience familiar places in a brighter light and visit other areas they never thought they’d see. The East Coast Greenway is 3,000 miles of existing trails and on-road paths that connect the southernmost point of Florida, Key West, to the Canadian border in Calais, Maine. Don’t limit your travels, even if it’s by bike. 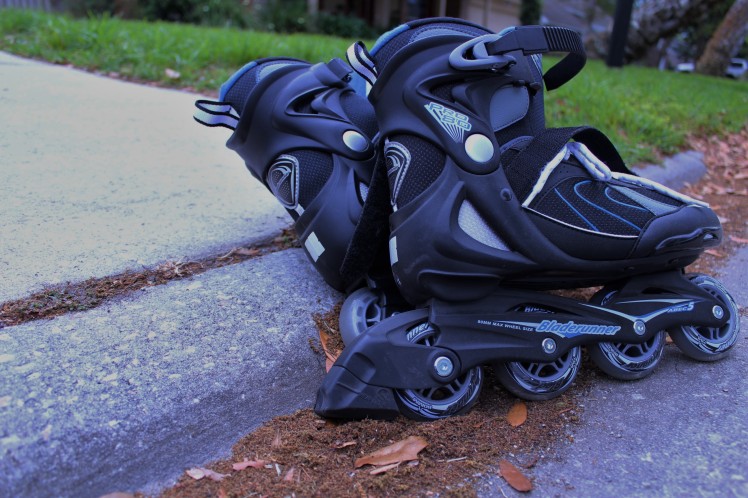 Heeleys came and went but skates are a trend that will never die. Whether you uses rollerskates or rollerblades, both are more than just a hobby or sport. Jacksonville Beach local, Tracell Cage, has a car and a bike, but rollerblades almost everywhere. “I rollerblade to work, my house, parks, at the beaches,” said Cage. “Early in the morning or in the afternoon I love it. It’s nice, it’s really fun and it’s great exercise.” Parking could be an issue for many types of transportation, but Cage said not with rollerblades because you can bring or put them anywhere. Users don’t need to be pros to burn calories, rollerblading is an exciting way to exercise while getting from point A to point B.  If seeing someone doesn’t win you over, skating across the largest wood floor rollerskating rink in North Florida at Skate Station Funworks of Orange Park might. 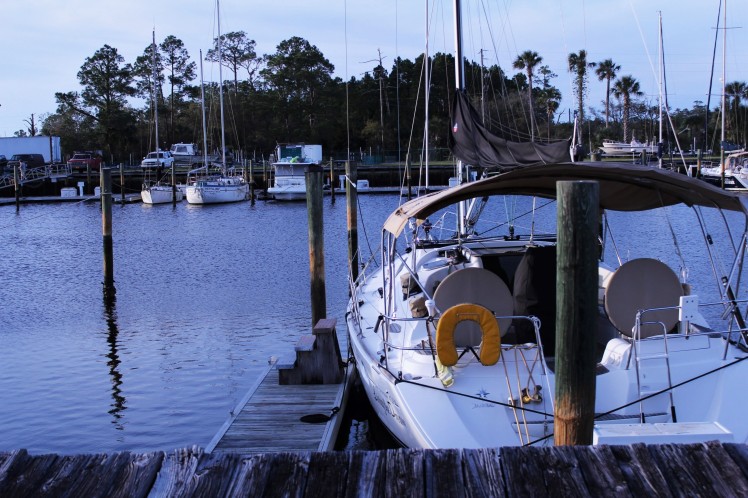 With the Atlantic Ocean on one side, the Gulf of Mexico on the other and all the winding rivers in between, these natural roadways are equipped for driving, just not by car. Boating is a vacation amenity that Floridians can use as a routine transportation. When there is no reason to rush, travel by boat for a luxurious getaway or as a simple way to get around. It’s a destination within itself, but there’s plenty to visit too. Dock at the various fish camps and restaurants along the St. Johns River and Intercostal for a meal on the water. Experience nature that lives in the surrounding marsh or at the Jacksonville Zoo and Gardens, where admission is free to anyone who visits by boat. Florida isn’t land locked, so why live like it is? 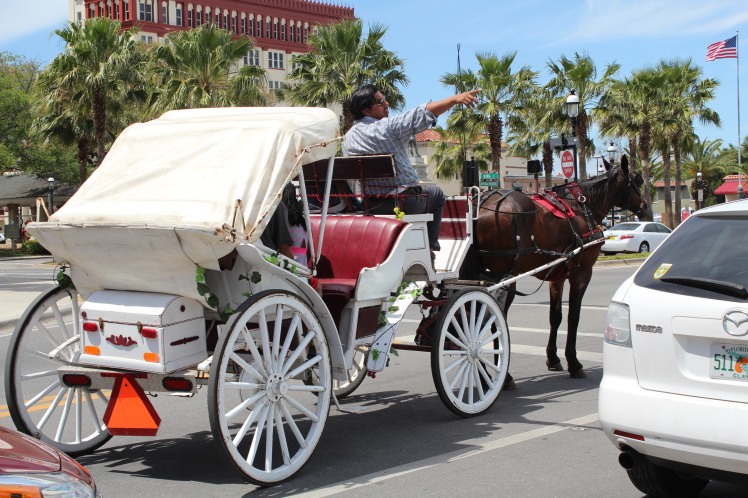 One tank of gas isn’t the only way to explore. In fact, some methods of travel don’t need gas at all, just a pair of reins and carrots. In St. Augustine, horses can take riders back in time in a horse-drawn carriage. Stroll through the oldest city in Florida and admire the history left behind on a narrated tour or admire the silence and company on a romantic date. Call it old fashioned, but there’s no reason to rush something that takes time. The horses trot at the perfect pace to engage in the 450 years of coquina and stone displayed during the ride. 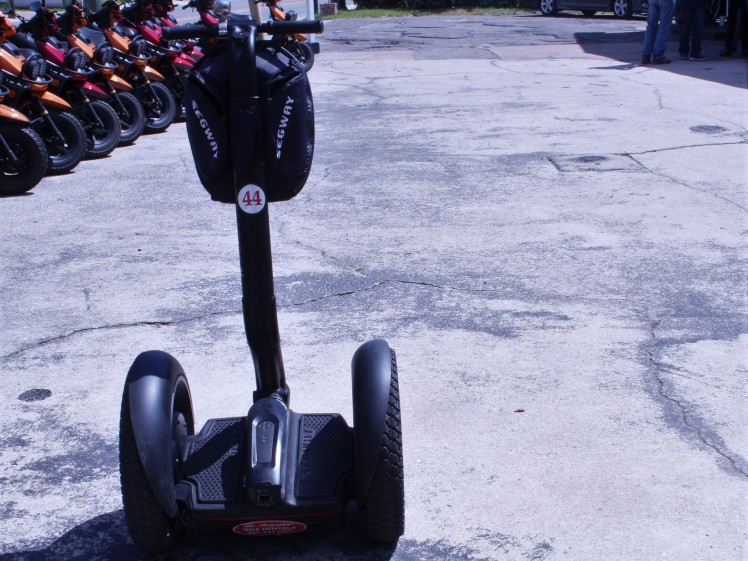 It may not have been the first method of transportation you had in mind, but it is a fun way to get around. Jay Cannon, manager of Segway Tours by the Sea in St. Augustine, said he trains riders for an hour and then lets them have at it. “A lot of times (riders) are leery about it,” said Cannon, “but when I pick them up they are the ones that want to buy one.” Cannon has riders from 8 years old to 88, and he said even though the younger users pick it up quickly, it’s not long before the adults are feeling as if they are kids again. Segway are popping up everywhere so take your pick. Ride along St. Augustine Beach with Tours by the Sea, glide around the city’s historic downtown with a tour guide from St. Augustine Segway Tour, or take on the trail of Kingsley Plantation with Amelia Island’s Ecotour. 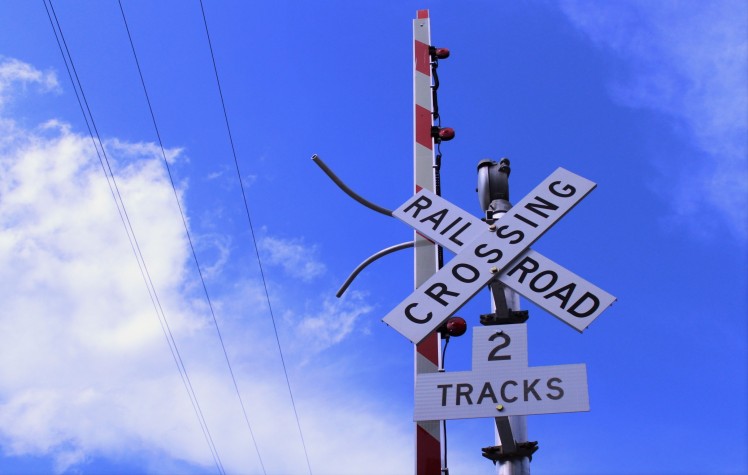 Save gas and the environment. Amtrak Trains are an ecofriendly transportation that take less energy and burn less pollutants than cars and airplanes. Hogwarts isn’t one of the stops, but the Orlando and Gainesville are among the 29 cities in Florida with train stops. Exploring shouldn’t be stressful, and the train’s features makes sure it isn’t. Take a nap in the quiet car, eat something besides the cliché peanuts in the café car, or become mesmerized by the view unobtainable by car or airplane. 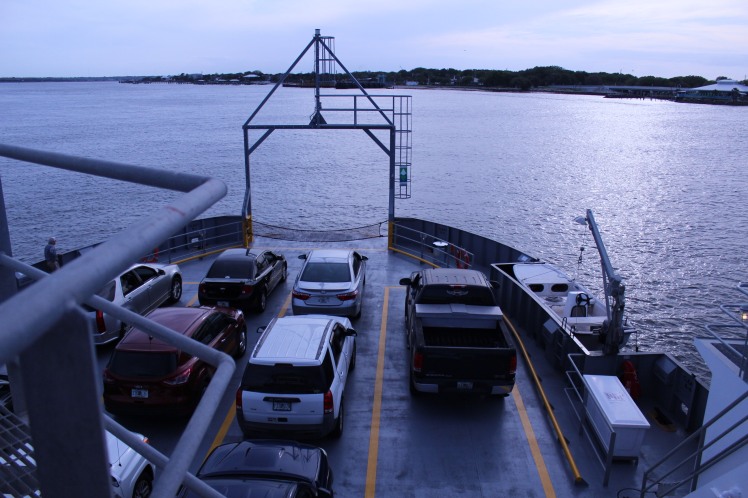 The St. Johns River Ferry has been key for travelers fording the river in Mayport since 1874, and it isn’t going anywhere now. Cars, bikes, people, pets, it’s all loaded on the boat to transport from the south to the north side of state road A1A, and vice versa. Rather than the 28-mile drive through the city and over the Dames Point Bridge, the St. John’s River Ferry cuts that travel time from 45 minutes to 15. But it’s not only a quicker route. The ferry also opens the doors to state parks and drives on beaches on the other side, and the president of the organization Friends of the St. John’s River Ferry, Rich Redick, said if it wasn’t for the ferry, he would have probably never known of Amelia Island. “(The ferry) should be available for people to make those connections between those two points.” said Redick. “There are economic reasons, there are recreational reasons and there are just (reasons) of taking a drive along the coast line of this beautiful part of old Florida.”